Brought to you by award-winning author, trainer and researcher, Dr Mine Conkbayir, this expert-led event will take you on the journey to achieving trauma-informed practice (TIP).

During this event, you will begin to explore how you and your organisation can work in ways that are trauma-informed, through exploring definitions of trauma, alongside the five principles of trauma-informed practice and how to achieve these in your care, while avoiding the re-traumatisation of children and young adults.

The inextricable link between the mind and the body and how the body processes emotions will be highlighted, with practical ways that bring healing to children and adults alike.

Key conversational skills will be shared, which equip you to support individuals overcome negative self-referencing and help them move from ‘behaving’ their traumatic life experiences, to reflecting and developing coherent life narratives. You will be provided with immediately actionable practical strategies to implement in your policies and provision.

The Route to Resilience

The extraordinary line-up of speakers includes: 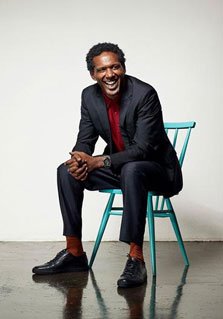 Lemn Sissay, OBE: More Than My Trauma – Harnessing the Healing Power of Creativity

During his keynote, Lemn will demonstrate how trauma is treatable and that the healing process can be a catalyst for profound awakening. You will be taken on his childhood journey of abandonment, adoption, care homes, neglect and rejection, while exploring the role of creativity insurviving childhood trauma. In an education system which leaves minimal room for creativity, music and the arts, Lemn will suggest ways in which teachers can surmount these challenges to prioritise children’s mental health

Lemn Sissay is British and Ethiopian. He is a BAFTA-nominated, award-winning international writer and broadcaster. He has written collections of poetry and plays, and his critically acclaimed memoir, My Name is Why (Canongate) was published last year. He is Chancellor of the University of Manchester and has been made an Honorary Doctor by the universities of Manchester, Kent, Huddersfield and Brunel. He was the first poet commissioned to write for the 2012 London Olympics and was FA Cup poet in 2015. His series of Landmark poems are visible on buildings in London, Manchester, Huddersfield and Addis Ababa. In 2019, Lemn was awarded the PEN Pinter Prize, given to writers who, in the words of Harold Pinter’s Nobel speech, ‘cast an unflinching, unswerving gaze upon the world’. He was appointed OBE for services to literature and charity in 2021.

Julie Harmieson: School as a Pathway to Public Health: A Place to Heal, Recover, Discover and Learn to Live Life Well

Julie’s session will explore how trauma informed approaches can create a culture and ethos that provide a truly inclusive environment for all – children and young people and staff, regardless of their life experiences.
You will also examine what constitutes a healing environment and how to create this in your provision, including factors such as the role of enriched, relational, psychologically safe environments and how school staff can be emotionally available adults to buffer the impact of trauma through the everyday work of the school. 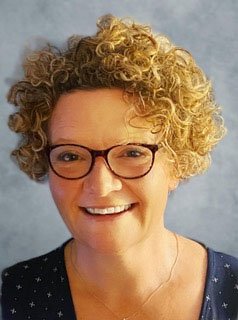 Over 19 years experience as a qualified teacher, Senco and Specialist Area Nurture Provision Lead Teacher, supporting children and young people with social, emotional and mental health difficulties and/or challenging behaviour at both a practitioner and senior leadership level within mainstream and specialist sectors

Julie is passionate about supporting children and young people to be the best they can be, helping schools and organisations to remove the barriers preventing full engagement in life. She has a particular interest and expertise in supporting schools to develop a fully inclusive approach with both students and members of the school community, facilitating an environment where the mental health and well-being of all is central to the school ethos.

Julie divides her time between working at the chalkface in both a practical and advisory capacity, with training, supporting and challenging schools to embed and develop their trauma informed practice. 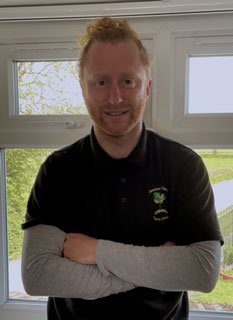 Ryan Kilby: The Success Model: How it Came To Be…

In his session, Ryan will share how Meadow View Farm School became attachment and trauma aware. He will explore the journey that led to the school dismissing the expectation that behaviour systems need consequences and rewards by developing their very own model for success. He will look at how combining attachment and trauma awareness, mental health awareness and high expectations can help to prepare everyone for what is just around the corner and beyond.

Ryan has a wealth of experience working in mainstream schools, PMLD special schools, Pupil Referral units and at the student support service.

He led Meadow View Farm School to the school of the year and to an Outstanding OFSTED inspection where the school was graded “Outstanding” in every area. The school won the TES awards 2019 School of the Year and Alternative Provision of the Year. Then later that year were awarded The SEND Award Excellence in Special Schools and Alternative Provisions. MVFS was a front runner in achieving the Mentally Healthy School status. All awards gained as a result of the impact of their own “Success Model” which moves away traditional rewards and sanctions and recognises mental health as a priority.

He has supported a variety of schools, professionals and training providers nationally and internationally developing systems and processes to increase engagement, success and mental health awareness in schools.

He has worked for Inspiring Leaders on the NPQH course, delivered workshops and keynotes at conferences for the Attachment Research Community, Charlie Waller Memorial Trust and Headteacher Updates National Conference.

Ryan has worked closely with Dr Janet Rose and Dr Licette Gus at Emotion Coaching UK sharing the work of the school far and wide. Ryan has supported parents, families and service to understand the schools “Success Model” enabling vast amounts of change.  Recently Ryan has begun to take up further consultancy roles where links have been made with leaders of Derbyshire, Milton Keynes and Doncaster Special Schools seeking Ryan’s support and guidance in developing their systems around MVFS’s Success Model.

Dr Janet Rose: Emotional Development and Wellbeing – What can neuroscience tell us and what can we do about it?

This session will outline new insights from the neurosciences which appear to provide the foundation for mental health and wellbeing. It will highlight important neurobiological and neurophysiological research which is enriching our understanding of human relationships and behaviour. It will introduce an evidence based strategy called Emotion Coaching which is informed by neuroscientific research. This practical tool can be used by all practitioners to foster wellbeing and support behavioural self-regulation in young children. Evidence suggests that children who are emotion coached achieve more academically, are more popular, have fewer behavioural problems, fewer infectious illnesses, and are more emotionally stable and resilient. 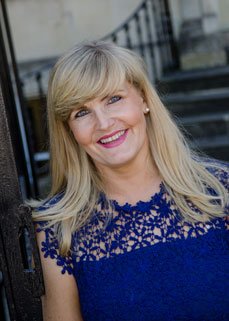 She has a wealth of experience in supporting children and young people, including those who have experienced trauma.  She led the national research project Attachment Aware Schools and Trauma Informed Practice, which comprised a comprehensive programme of support for children and young people affected by early attachment difficulties, trauma and neglect. She is the co-founder of Emotion Coaching UK which trains and researches the use of Emotion Coaching as a practical strategy to support the development of children’s and young people’s self-regulation, behaviour, wellbeing and resilience, including children and young people who have experience trauma.  She has worked closely with numerous Virtual Schools and organisations who support Looked After Children and is currently a member of the Ministerial Care Leaver Summit.  She is the author of numerous academic and professional publications related to attachment and trauma, the most recent of which is a book entitled Emotion Coaching with Children and Young People. Janet is also a Level 1 Theraplay Practitioner, a Sensory Attachment Intervention practitioner and a Fellow of the Higher Education Academy. 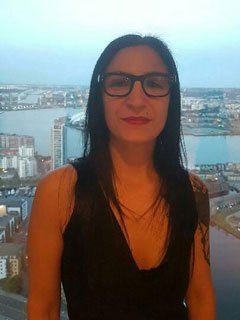 Dr Mine Conkbayir: Introduction and Summary

Dr Mine Conkbayir will act as the moderator and presenter for this online event, but will also kick off the event with an overview of what trauma-informed practice is and why it is important in early years provision; she will also lead the Q&A sessions and sum up at the end of the day!

Mine Conkbayir, Doctor of Philosophy, specialises in neuroscience. An award-winning author, lecturer, trainer and researcher, she has worked in early childhood education and care, for over twenty years. Mine is passionate about bridging the knowledge gap between neuroscience and Early Years. She designed the new Cache Neuroscience in Early Years qualifications and accompanying textbooks as part of this endeavour and her latest award-winning book, Early Childhood and Neuroscience: Theory, Research and Implications for Practice, is now in its second edition.

She is the winner of the Nursery Management Today Top 5 Most Inspirational People in Childcare Award.  She is the founder of the award-winning Cache Endorsed Learning Programme, Applying Neuroscience to Early Intervention and the two times award-winning online training programme, Self-regulation in Early Years. She is the designer of the two times award-winning free self-regulation app, the Keep Your Cool Toolbox and has contributed to the development of the Birth to Five Matters non-statutory guidance for the Early Years Foundation Stage, on the subject of self-regulation. Trained in trauma-informed approaches, Mine regularly delivers training on behalf of local authorities and fostering organisations, as well as various Early Years providers in achieving trauma-informed care. Mine is a frequent main stage speaker and has spoken at the Ofsted Big Conversation events, as well as hosting three sold-out Funzing lectures and Q&A on the subject of adverse childhood experiences and the long-term impact of trauma. 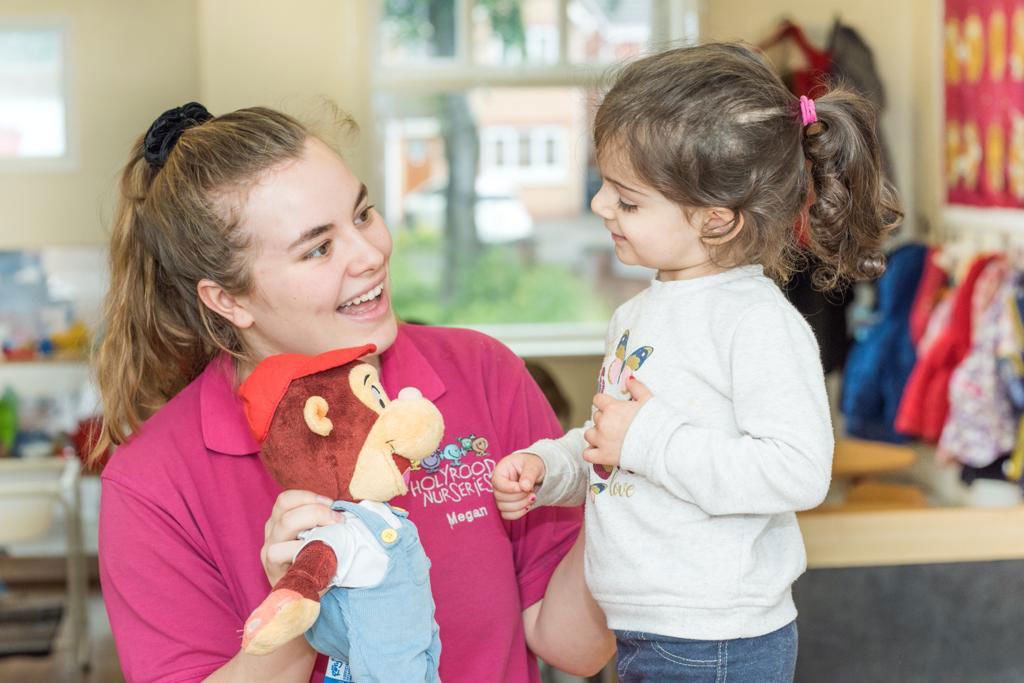 10.00am – 10:35am Dr Mine Conkbayir: introduction and brief overview of trauma-informed practice

11:45am – 12:45pm Julie Harmieson: School as a Pathway to Public Health: A Place to Heal, Recover, Discover and Learn to Live Life Well

Dr Mine Conkbayir to conclude.

This event will be held online as a Zoom Webinar; attendees will be emailed their login details so please make sure that you have entered the name and email of the person who will actually be attending!